This site uses cookies. By continuing to use the site you are agreeing to our use of cookies. Find out more here 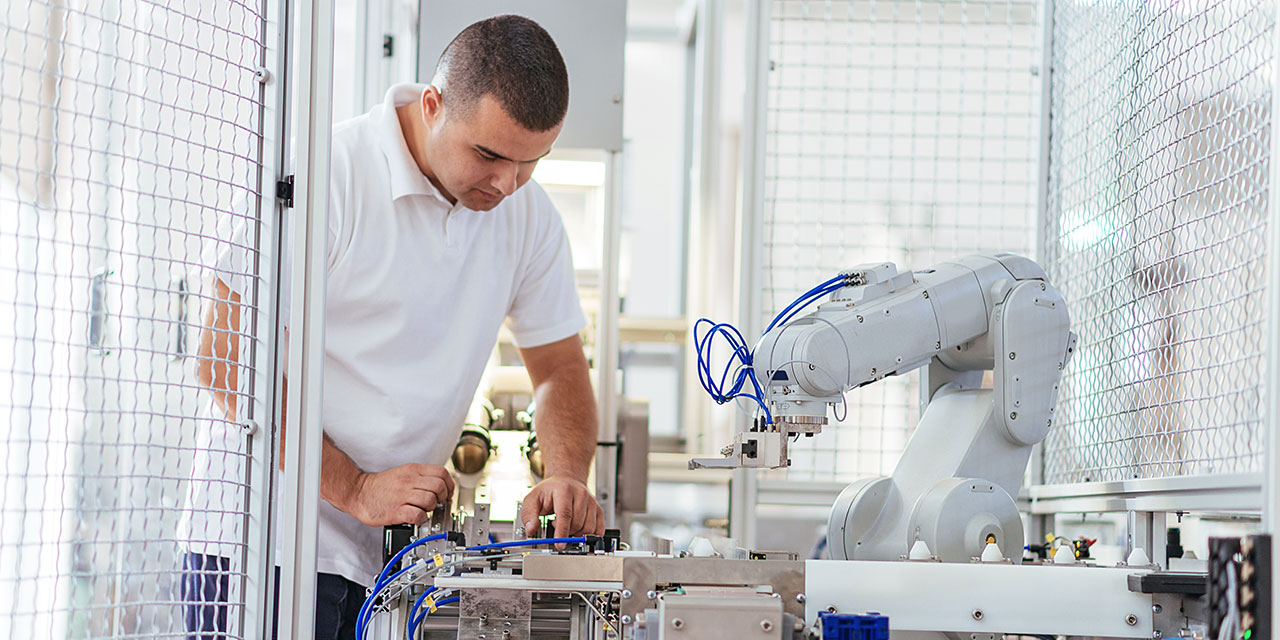 Collaborative Robotics (Cobots) is a new generation of lightweight, flexible and mobile robots that are capable of safely working alongside workers within production and distribution environments. The transition to more modular and flexible manufacturing environments that meet the increasing demand for customisation, combined with advances in low-cost technology, is helping to usher in this new era of robotics.

Industry leaders Rethink Robotics introduced the term 'Collaborative' and pioneered this new class of robot with the launch of the Baxter Cobot in 2012. Since then the likes of ABB, Fanuc and Universal Industries have entered the arena with Collaborative models of their own and placed their own unique spin on the topic. However, in general, Collaborative Robots can be thought of as mobile systems that are capable of sharing a workspace, collaborating and cooperating (via some physical contact) with humans. 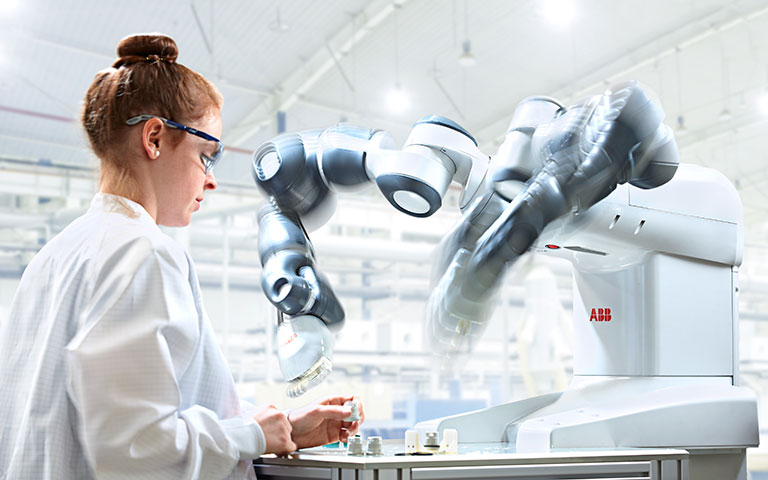 Current technology focuses on sequential collaboration, which involves robots and humans working separately to complete each step within a production process. Emerging designs are capable of simultaneous collaboration, i.e., two parties performing separate tasks in a shared workpiece at the same time. Taken in combination, designers are now targeting supportive collaboration, where robots and humans work simultaneously on the same task, although this technology is a few years away from industrialisation.

Along with the benefits around implementation, adaptability and cost, Collaborative Robots are expected to drive productivity by better combining the power and precision of robots closer with the creative and problem-solving ability of humans. This disputes the common concerns around automation displacing human jobs and promotes a more favourable economic outcome where robots elevate the contribution and value of the human role.

Anecdotes from electronics companies that have already adopted the technology are largely supportive of this theory. For example, a study by MIT researchers on BMW's production lines has shown that teams consisting of humans and machines are more productive and less idle than teams consisting of only humans or machines. At Continental's Texas manufacturing facility, the implementation of Collaborative Robots has boosted the value-added nature of the team's activities and enhanced their technical capabilities. It has also deterred the movement of operations to lower-cost locations. Similarly, at Paradigm Electronics, a manufacturer of high-end speakers and audio-video components, the addition of Collaborative Robots has increased throughput by 50%1. Other success stories involve Johnson & Johnson, Harley Davidson, Trelleborg and Volkswagen. 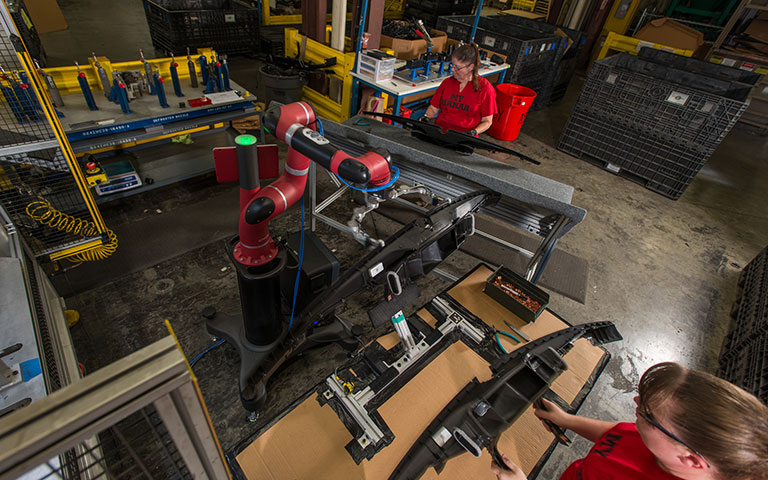 Health benefits are an additional draw. For instance, Audi AG's recent deployment of Collaborative Robots as part of its PART4you initiative at its main factory in Germany is helping to reduce the potential for back problems among its employees by eliminating the need for employees to reach over long distances or bend down repeatedly.

With such positive feedback from early adopters, it's not hard to see why many are saying Collaborative Robots are here to stay. Forecasts support the hype and estimates assume 80% growth per annum over four years, taking the value of the market from just under $100 million in 2015 to just above $1 billion in 2020, with volumes expected to rise from ~3000 units to 40,000 over the same time period.2

The thrust of initial demand is expected to arise from the consumer electronics industry, and particularly from manufacturers engaged in small parts assembly activities. In addition, it is expected that given the lower cost and clear benefits of the technology, a large part of the growth will be driven by small and medium sized manufacturing companies.

At Baird Capital, we are seeking investments in high-quality businesses that are benefiting from the growth in industrial automation. With our global capabilities and deep sector experience, we believe that we are well-positioned to help differentiated and growing companies in the sector, particularly those with international ambitions. If you would like to discuss investment opportunities in relation to any industrial technology business with strong secular drivers and international growth aspirations, please contact any of the team members listed.